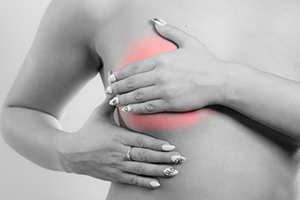 Chris O’Gorman came to see me in the latter part of 2007 with concerns that a mass that was apparent on her February 2006 mammogram had never been reported to her. Chris’s tragedy was that despite having regular mammography check-ups, she had discovered a lump in her breast on New Year’s Day 2007 which was diagnosed as breast cancer. This led to a mastectomy and sadly, some nine months later the disease metastasized into her lungs and brain. I had been advising her in relation to a “loss of chance” case for the missed opportunity for earlier treatment of the breast cancer, but with the metastases an expedited claim was brought in respect of what we argued were new injuries.

The case was expedited and required intense management as expert oncological, pathological and radiological material was raised and had to be dealt with without delay. Our specialised ability to assemble this evidence was vital.

Ultimately in his Judgment, Hoeben J agreed with our approach and found that Rufo v. Hosking [2004] NSW CA 391, the leading NSW case on “loss of chance” did not apply. This meant a judgment for the full amount of damages rather than some percentage only.

The evidence of the competing radiological experts interpreting the alleged “suspicious changes on 2006 mammogram” was given concurrently. The Judge was availed of the opportunity of hearing the witnesses together and assessing their diametrically opposed opinions as to the alleged “significant change in size” in the cystic mass which we argued was apparent in the post-menopausal Plaintiff’s mammogram.

The Court’s Judgment waa a fantastic outcome for an individual who had to overcome not only the personal tragedy she was facing but also the resources of an Area Health Service which was determined to deny her claim.

Family Provision Claims on an Estate The … END_OF_DOCUMENT_TOKEN_TO_BE_REPLACED

The process of engaging a lawyer and making a … END_OF_DOCUMENT_TOKEN_TO_BE_REPLACED

The evaluation of the duty of care owed by … END_OF_DOCUMENT_TOKEN_TO_BE_REPLACED

“A big thank you to you all.  A huge effort resulted in a positive outcome.  Your litigation experience will always END_OF_DOCUMENT_TOKEN_TO_BE_REPLACED