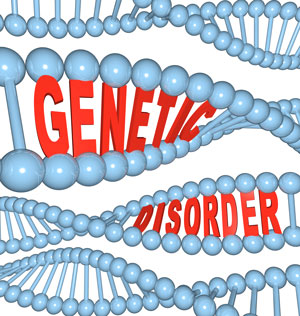 Issue: Failure to diagnose Thalassaemia Major, a congenital blood disorder, in the foetus. The disorder is known to be prevalent in persons of Asian and Mediterranean descent. The disorder results in anaemia, requiring regular treatment by way of blood donor infusions and cumbersome desferal treatment to remove excess iron from the body. Complications that may arise from regular blood transfusions include an overload of iron build up in vital organs causing diabetes, liver disease and heart failure.

In the subject case, the pregnancy was being managed by a public hospital antenatal clinic. Both parents were Asian and the mother’s antenatal blood test had revealed that she was a carrier of the Thalassaemia Minor gene. The significance of this result was missed and the father (who also turned out to be a carrier of the Minor gene) was not tested and so neither was the foetus.

The parents claimed that they would have sought a termination of the pregnancy if the diagnosis had been made and claimed the costs of raising the child with respect to the additional costs associated with her treatment and care.

The weakness of the case was with respect to “causation”, in that the availability of termination was problematic for the plaintiff due to the relatively late timing in the gestation period (towards 18 weeks) of when the diagnosis would have been made if testing of the father and foetus had occurred.

Damages were also difficult to quantify in that the child was in good health with regular treatment; general damages were not claimable; and the greatest expenses were likely to be incurred after attaining adulthood, at which time the condition may cause other chronic problems.

Action: Due to the speculative nature of damages and problems with causation, a commercial settlement was achieved.

Outcome: A commercially sound result to all parties with avoidance of intensive trial preparation and attendance costs.

Family Provision Claims on an Estate The … END_OF_DOCUMENT_TOKEN_TO_BE_REPLACED

The process of engaging a lawyer and making a … END_OF_DOCUMENT_TOKEN_TO_BE_REPLACED

The evaluation of the duty of care owed by … END_OF_DOCUMENT_TOKEN_TO_BE_REPLACED