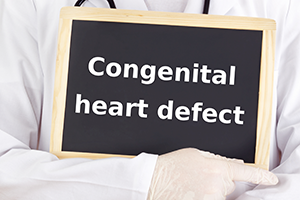 Issue: The infant required neonatal admission following birth with respect to rapid breathing however was discharged to the care of a paediatrician following apparent improvement. The parents reported a number of symptoms to the paediatrician over the course of 10 months, including sweating with feeding, failure to gain weight and cyanosis of extremities, but were told that nothing was wrong. The parents sought a second opinion at 10 months, whereupon diagnosis of atrial septal defect was made and corrective surgery was required. The child will require continuous oxygen for the rest of his life expectancy which may be considerably reduced.

Action: Claim against the treating paediatrician was problematic with respect to the overlap between liability and causation. By the time that breach of duty in failing to make the diagnosis when signs were evident could be established, the causal outcome attributable to any delay in diagnosis was argued to be negligible.

Family Provision Claims on an Estate The … END_OF_DOCUMENT_TOKEN_TO_BE_REPLACED

The process of engaging a lawyer and making a … END_OF_DOCUMENT_TOKEN_TO_BE_REPLACED

The evaluation of the duty of care owed by … END_OF_DOCUMENT_TOKEN_TO_BE_REPLACED

“A big thank you to you all.  A huge effort resulted in a positive outcome.  Your litigation experience will always END_OF_DOCUMENT_TOKEN_TO_BE_REPLACED